The Hermitage, which is also Grade II listed, comprises two parts of different periods. The centre stone building which is possibly early 18th century and flanking flint walls which are mid-Victorian.
In the late 1980's The Daughters of the Cross raised money to restore mainly the central Hermitage. This major restoration work was completed in 1992, and the Eastern flanking wall has since been restored.​

By 2011 further work was necessary because the roof drainage was not correctly addressed during the original restoration. This work which included stonework replacement and repair in a number of areas would not have been possible without a substantial grant from English Heritage.
The two photographs below show the Hermitage. One of 1986, before the Daughters of the Cross raised money for its restoration in 1992. The other photograph shows the Hermitage in 1993.
This most interesting building, now maintained by Carshalton Water Tower and Historic Garden Trust, is used for social functions and commercial photo shoots.

The Hermitage was restored in 1992/3 which involved excavating part of the site, repairing the roof and strengthing the structure, which was being put under pressure by the large trees that surround the site.

From the pictures below you can see the work that is being carried out on the roof prior to it being covered and landscaped to blend into the surroundings
The work allowed for the opportunity to catalogue any historic finds and take samples of the building so a better understanding of the origins of this building could be established. 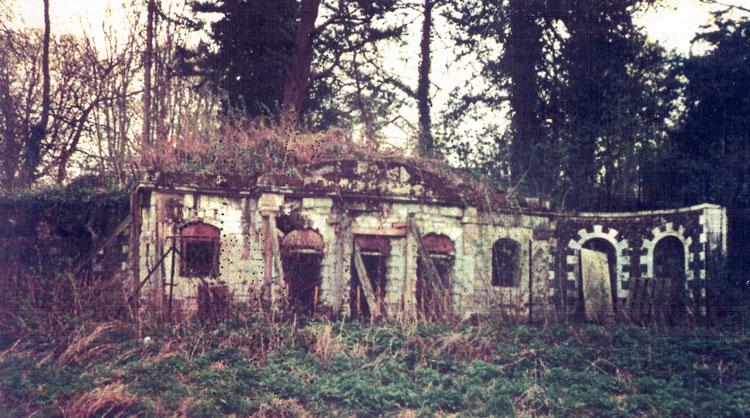 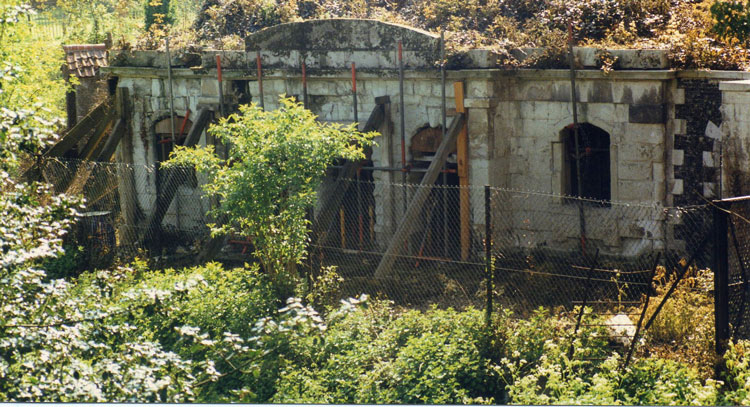 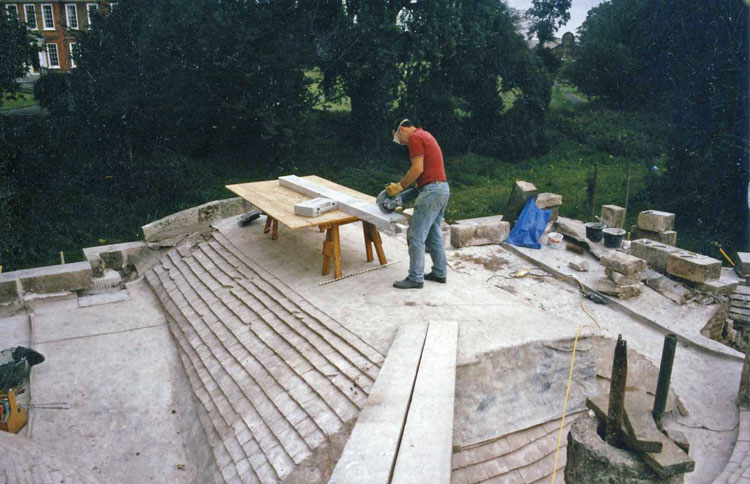 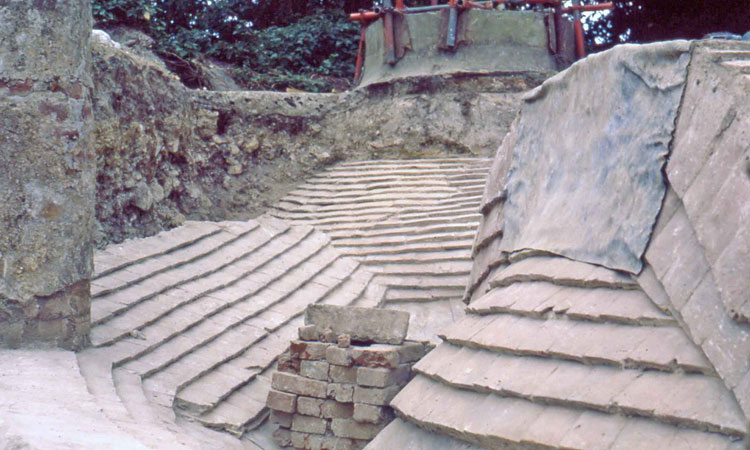 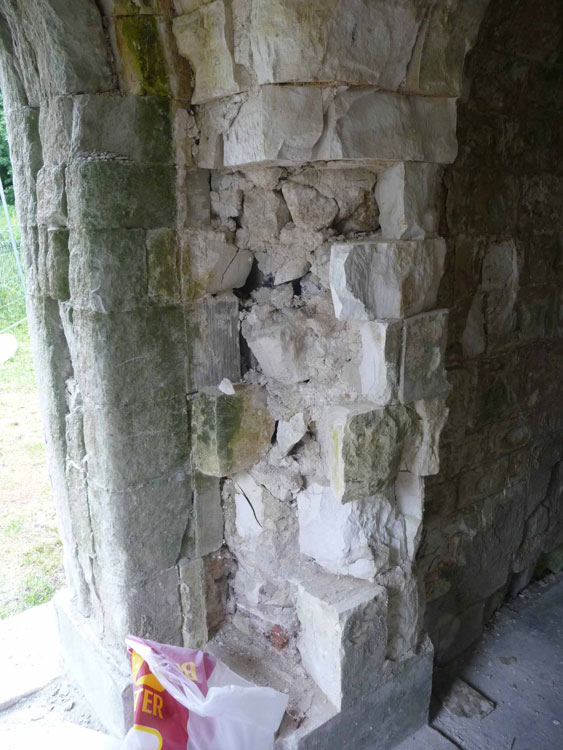 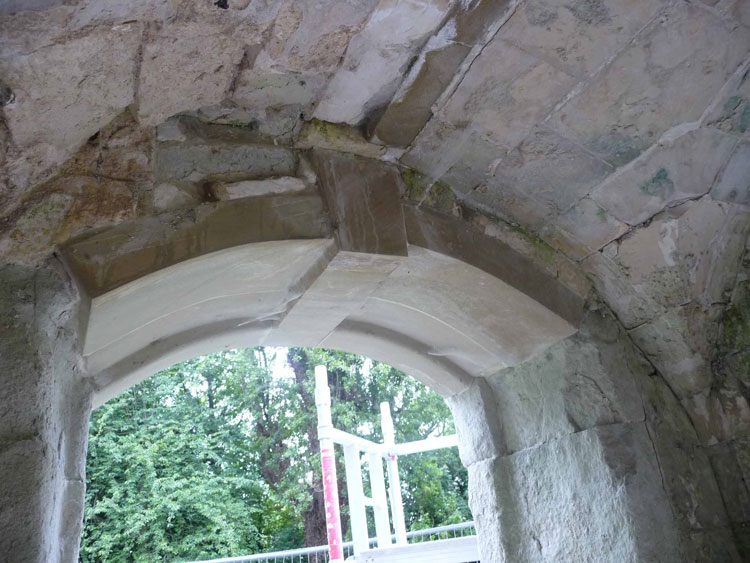 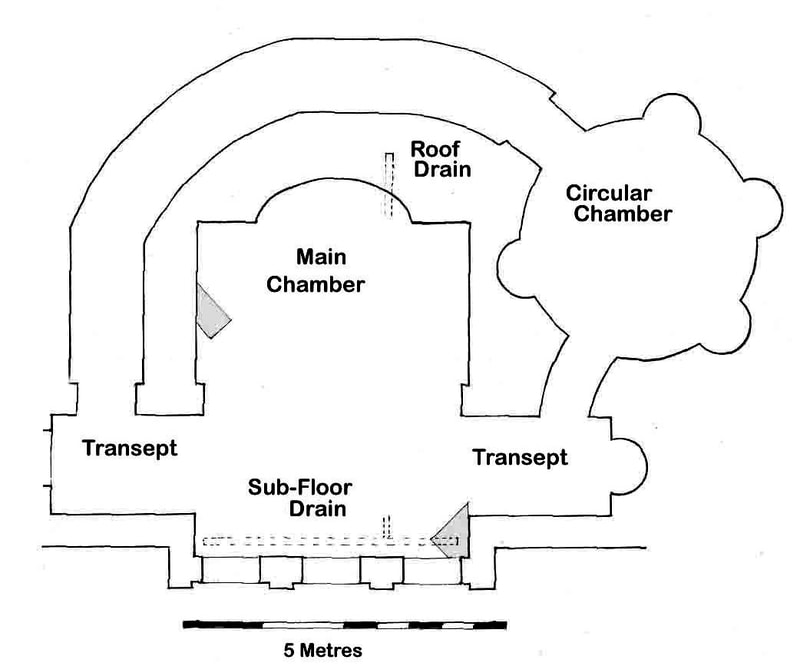 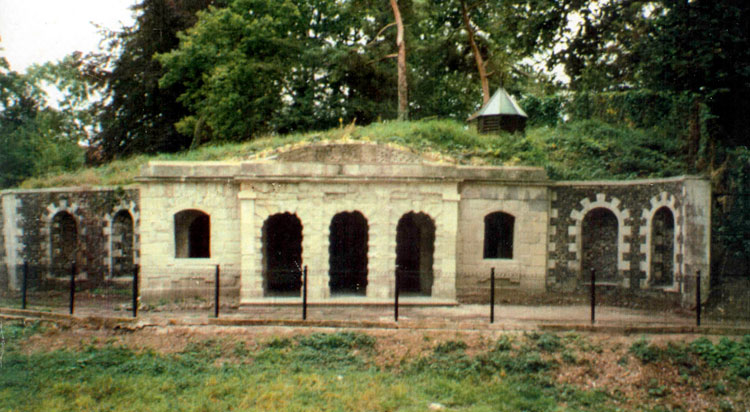