The cast iron water wheel section as displayed today at the tower is about 150 years old, and is probably a replacement for the one installed for Sir John Fellowes when the Tower was first built.
The wheel was constructed from two segments, bolted together at the hub axle, and at the single outer rim: the axle being supported on two bearings remote from the wheel.
The process to restore the water wheel came from a proposal made in 1993, with work starting in early 1994 and completed in 1997. A daunting task lay ahead as the wheel had been badly conserved with almost half being cut away in the early 1960's when a floor was laid over the wheel pit area. The wheel was uncovered during the Tower restoration work.
As well as the missing section, only one axle support bearing was present; buried in the south wall. Most of the remaining paddles had corroded away, as had some of the paddle support spokes.
Although a complete restoration with the replacement of the missing wheel section was considered, it was outside the capabilities or finances of the group set up in 1993 to undertake the work. Hence it was concluded that the work should be to restore the remaining section of the wheel, including all repairs; replacing the missing bearing & paddles. Then raising the wheel section out of the pit to form a important new display as it can be seen today will give visitors a better understanding of one of the main features of the Water Tower. 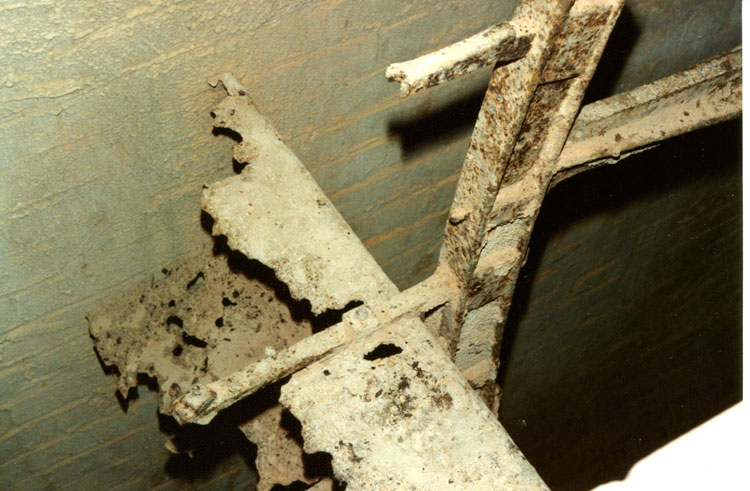 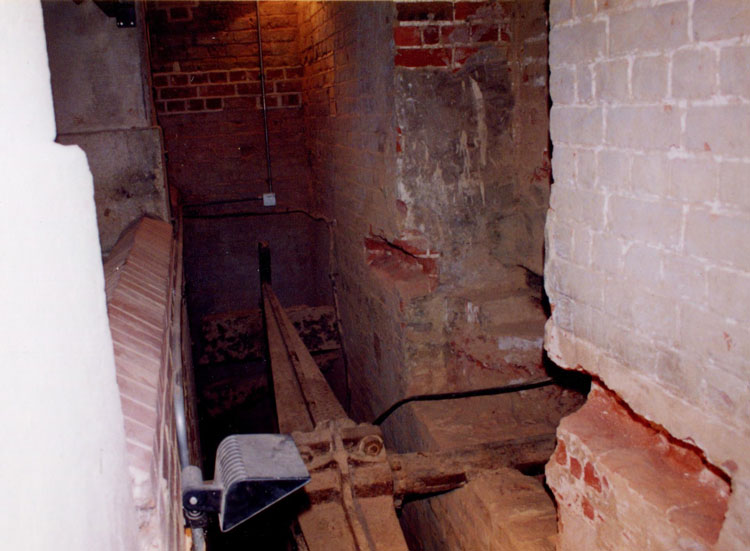 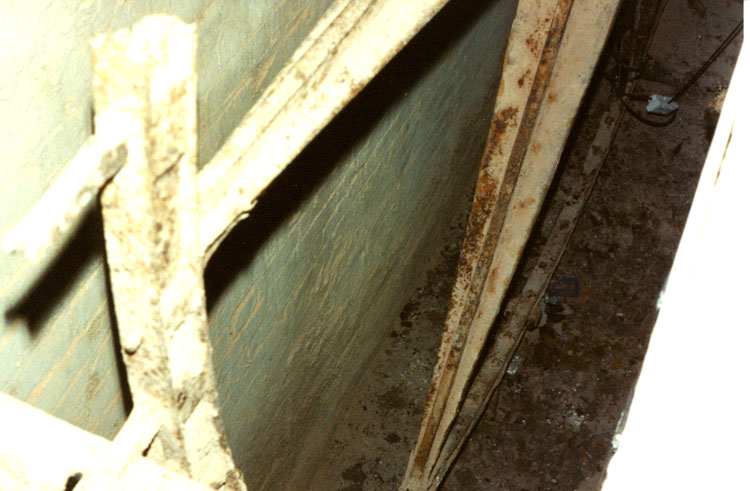 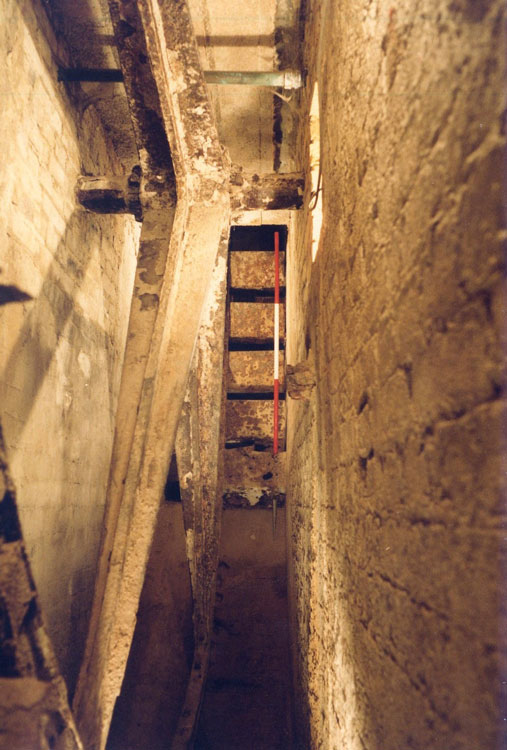 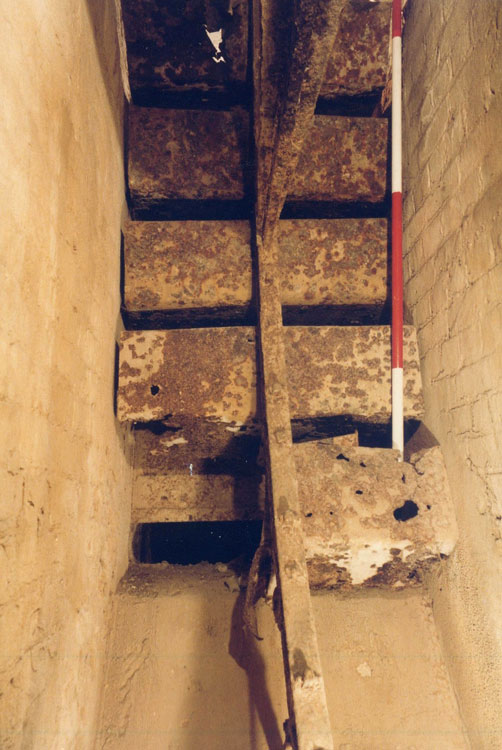 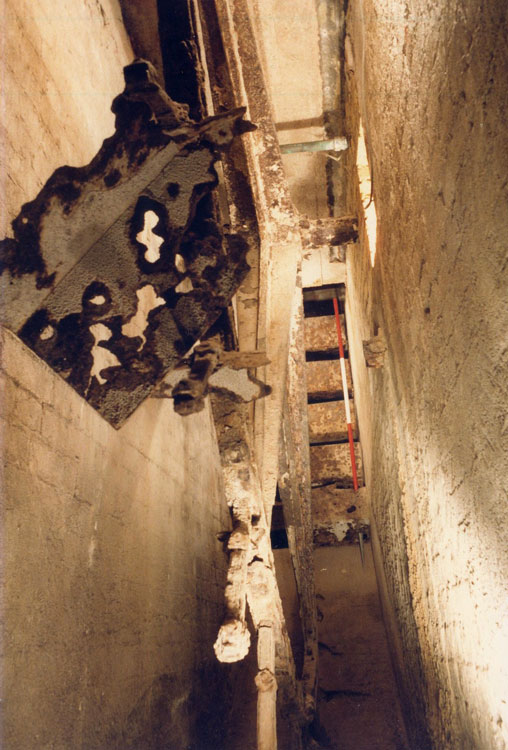 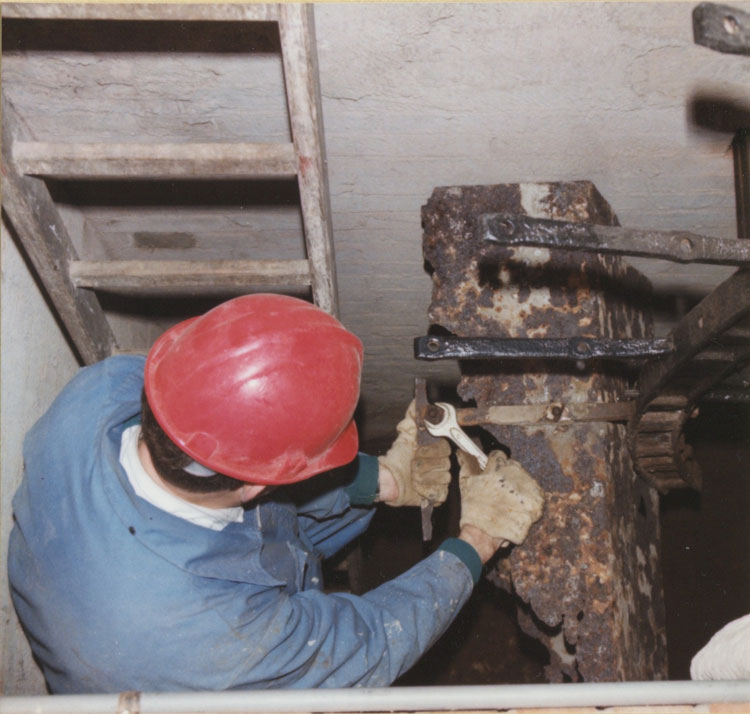